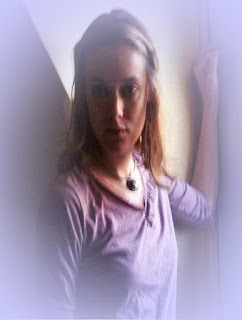 The story starts here: PAFA
has its yearly opening, and I
explore it with Lisa. I am
looking for Trish’s paintings:
she has invited me. She is no
where in sight. There: it’s her
self-portrait on the wall, called
The Vessel. Sepia, brown, colors
that have Spanish resonance.
Trish’s in blue, half-profiled,
wearing an expression of pensive
angst. She looks at me from
the painting. She is my soul
sister. She’s under my skin.

Back at my place: 21st and Race.
I play Trish “Sweet and Dandy”
from The Harder They Come. She
dances without restraint on the
tan carpeted floor. Something is
becoming loose in us. Then she
lays down on my floor, in blue as
in The Vessel, and lets me paw at
her. Skyrocketing giddiness over
takes us. We are drinking grog
(rum and water) from capacious
blue mugs, each other’s new toy.
Look: I have, in my pocket, a
copy of Aleister Crowley. It’s red.

I am in an artist’s studio: winter,
long broad windows, sunset, it’s
going down. I am in a wife-beater
with braces, mustachioed, jack-in-
the-box. There is a portrait of
Apollo on the wall: nude, in a
field of purples and blues. He
carries a fiddle. Trish and I are
drinking cheap red wine. There
is no one else (it seems) in the
building. Pipes drone steadily.
Warmed by the wine, we sneak
into a dark bathroom. I crash
through several floors of myself.

Pull-out couch: we are down for
the count. I have my hands on her
sex. She is shushing me. I make no
noise. There is no sleep here. The
windows represent being into a
new space. Morning: we will walk
back to my ‘hood. We will eat at
my diner. I will feel, on Cherry
Street, that I have never flown
this fast around the universe. I
will be all the worse for being
happy (Lisa). Pancakes do
not taste as they ever have
before. They are ambrosial.

Phone message: “the first kiss
of love.” Now I cannot avoid
telling Lisa. She takes it on
the face but not without a fight.
Word has spread around the store.
I wake up to find myself a book-
store Byron. Trish wavers. She
aims to please everyone. She says
she doesn’t know. Then, there is
another that shows up. He is
older. He dives headfirst into
paint, but without painting. I
have no defense against this
first onslaught. I hold on tight.


about orpheus of pavese 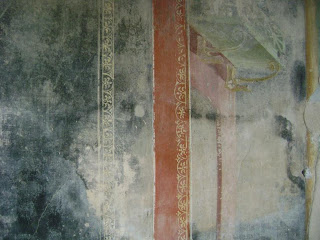 underground: shadows, leaves, coldness.
and with her, again.
here's my word, "over” and she vanished...
fate, destiny, and an apparent mistake...
is it possible to love who’s dead?
to hades for her... why?
but i was looking only for the past,
and eurydice of hades was only nothing,
shadow with fear and void in her blood,
and i destroyed her!
you cannot understand me, Bacca.
my past was vanishing, only death.
not song or morning.
so i turned back.
time has gone away,
but i've not found myself.
are you listening to yourself, bacca?
.....................................
(to cesare pavese, by guido monte) 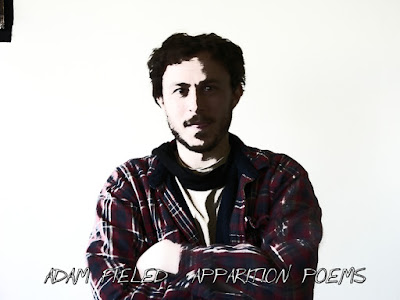 More Apparition Poems, including #1617, out in Sawbuck Poetry.