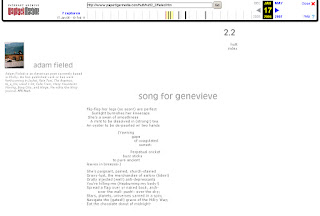 A salvaged page from the mid-Aughts: Song for Genevieve in Australia's hutt (and NLA). And in Starfish.