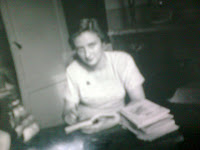 by guido monte
i awake you, you
woman-labyrinth between empty rooms,
in the void, in hollow shades
through waters, agua
that nets and fecundates you,
misterio of a nature-temple
of vivants, tus ojos,
in una oscurità trasparente
not visible to tired minds,
in one only possible combination...
hearing
only the sound of water
while similiter spirant omnia,
(the same breath is for everyone,
all a part of the different
in the mismo soplo de vida)
“ne pas chercher à comprendre”
because “hier ist kein warum”
they said to primo levi,
in recent times and spaces
of broken bodies

The new "Internet art" (or poetry) may well lie beyond the Internet. I.e. a return to real-life! If this is so, which it probably is, then art/literary theory will have to go back up its arse and return to cancel its self out and begin again! Never mind!


Poetry/Art rebelled against postmodern, real-life by utilising the Internet, which was freeing, but now seems passe, dull, consumed by Capitalism, legislation, censorship, mediocrity and ironic, narcissistic navel-gazing. Perhaps, even worse than this, is the desperation for "fame", whatever that is? A kind of ironic, non-famous kudos, that fails to dull the line between those who really are famous and those who are not.

Therefore, the Internet (in its burgeoning early days we had hopes of a new 60's, intellectual, creative and democratic) has become a reflection of the societies that it criticised and became a much needed escape from. Put in more cogent terms, the Internet has become stale. A flag for Western, High Capitalism, Orwellian, Big-Brotheresque paranoia, stultifying legislation/censorship and a Media driven, sex-fuelled mythology that speaks to our genitals, before legislation "castrates" us of our normal, healthy needs!

I suppose that the Internet, now subsumed by societies, is beginning to take its place as another rather useless, but somehow essential modern-day, technological or mechanical device. Just like the TV sits in your living room and spouts a thousand channels of crap (and the odd, good program), or your car cocoons you like a neurotic cyborg and speeds you into gridlock, these inventions hang about as if we couldn't live without them. Somehow the notion of a spurious "advantage" of the above and other inventions persists in our postmodern, artificial lives. Sure, there were advantages of the car, but today you're quicker on a bike. Unless your going very far and can guarantee some clear roads, you may as well pedal or walk.

What are the new poetics? How will art respond to the stagnancy of the Internet? By returning to the real? Probably, at least for a while... After all our transition is from distinct societies to global economies and cultures. We can see this unfolding before our eyes as leaders from around the world struggle to cope with a global recession. Maybe reality is becoming sweeter than the virtual? It is by addressing real problems that artistic individuals can reflect on the major difficulties that we are currently experiencing. This is surely a more fertile ground for creativity than the stultifying Internet, that has always been compromised by excessive information and questionable quality? 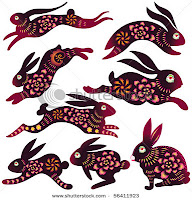 Satin blouses, trinkets (some kind of
jade pendant), & the big trinket between
her legs that nobody gets to play with.
Rare meat. She’s been babied by her
parents since her birth (Rabbit year,
a juxtaposition more sad than ironic),
and suddenly I can teach her something?
And I thought of what she was telling
herself in response, and the words came
to me, “I’m doing this because I promised,
my Mom wants me to do this, now I promised, I have to do this.”

You and your proud working-
class ethos. You, sitting at your
laptop, spying on me on Facebook,
jerking your parts off. Go ahead
and pass on that shipment: you’ll
get a cut. You’re no beauty school
dropout, hanging around the corner
store. You need to know: when they
do make me into a rag-doll, you’ll
get one of the first batch. You can
wring me out, slam me down on your
linoleum floor, bite my head to your heart’s content.

The apparition seems to be an accurate reresentation of the "Internet experience" and beyond! 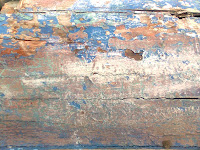 because of time
hidden into forms:
estrellas, depth
nothing-buio where all ends