so step out
of the ivory
to the clinical softly

the bread is leafy
leaks the atmosphere
ottoman won't notice

we don't read about it
anymore in the papers
we think

remember when
a while back
the world used to trust us

Four For Horus
1. I've finished weeping the sun and climbing the stairs to a finger immersed in the blue of the city. I can feel my skin stretching over yours again. Music, pure ambrosia to those currents of mine which knowingly, willingly, choose to smother what is golden in the distance between trees. I've a sudden need to flap my leather wings with all the clarity of war on meat-hooked lips, psychological, astrological. And very much a windmill. It begins in the mirror, in the molten wonder of hedonists refused entry to a timeless world.

2. They drool a strange kind of thunder, hiss pharoahs in order to persist in their young, particularly fragrant, delirium. Bones of truth without being a single syllable at sunset, memories like purrung from someone's frantic antennae. "Reality is invented by the incestuous," (a favorite maxim of mine) scrawled on the foreheads of habit, riding the bus alongside the many corridors of summer, what survived to contemplate murmuring geometries, the sneer of jazz. I've tapped out thick, foolish beginnings to chaos for gasoline, sold the laughter depicted by thieves beneath angry bridges. But everybody still comes to me for their 3 o'clocks, what I'll do to leave traces of genitalia on pillows wet like trembling strangers I met in slow motion.

Everywhere is hanging in a cave.

3. You are very Christ-like when my veins are thin, quiet, a neutrality nobody cares to notice. Or it doesn't matter to them in the least when my shadow casts off its democratic veneer. I was structured as a series of prefaces to dusty, secret backrooms, waves of light drunk with the power of perfectly-tailored suits and oil-slick ennui. The sorcery, nervous, discordant, wants to analyze the way you slip in and out of my television, leaving me to stare at worn, decrepit pictures of Frida Kahlo and wish I wasn't such a radio for erasures on the cusp of turning into sandy, warm, thighs.

4. I'm determined to be a mysterious rhythm in curves of breath stuck to the cold, hard, facts, little daydreams glimpsed quickly through a freshly-polished bakery window, where the tables are deeply in lust with pools of spilt coffee that drip lasciviously over their edges. Saxophones could grow in that loneliness. It's almost impossible to drive through the screams that persist in my motionless, black hair, Tokyos of young women sent by a notion to paint my empty bottles of rum. They left their individual testimonials scattered on throats bleeding the sorrow of every minute detail, despite the eyelids of earth and air.

who's that on tenor?

backroom brawls
back in the news

away all boats
ask me about

red houses all
in a row

some ice cubes
on a blanket

your house or
mine?

If Dante Spill Redo
If Dante spill redo
Getting it down

Stands on his heels
At aardvark

Shall we conjunction
At the junction?

Strategy assumed
To be continued

unequal to being
by yourself

unequal to having
been breastfed at least once

unequal to salvation
half a time

unequal to communion
invented by and for the real thing

unequal to a curly summer
standing for life phased slowly in

unequal to new(ly minted)
object which you are despite

Sonnet Zork
You are standing in an open field west
of a white house, with a boarded front
door. There is a small mailbox here.

Within the mailbox lies an envelope
containing a white powdery substance.
The envelope’s stamp has not been

cancelled, and a message from the PO
says there’s still twenty-two cents due.
But who, when you’re dead, will pay?

Who will pay when you’re dead?

who the hell gonna pay when you dead? real good.

having only negligible effects.

Errancy & the Meaning of "Mango"
Eavesdropping, shamelessly, amongst the clatter of business-day cups and
loose change exchanged at a favorite, local, blue-collar, coffee shop, “Blue
Horses: A Series of Events Seemingly Mundane” stumbles upon “real life.”
It’s not the unvarnished truth “Blue Horses: A Series of Events Seemingly
Mundane” records but a facsimile, the fleshed-out approximations of voice foreshadowed unerringly, rewound, and played back: “Don’t look now but isn’t
that your long-lost love waiting for the bus across the street?” says a man,
a shop keeper, who nudges his friend sitting next to him at the counter.
A) His friend looks. He doesn’t see. Or doesn’t want to see. B) His friend
doesn’t look and sees her forever as the girl he remembers, who left him
because of the wrong words all the time. The friend turns to the shop keeper
“She wanted words drizzled over her like honey on shortbread. Plagiarism
killed that romance not silence like so many guys tell me killed theirs.
The word mango for instance. I looked up this poem about mangos once…well,
not about mangos per se but about the word "mango" itself it turned out…
and tried to impress her with the beauty of this poem about mangos: ‘I love
you much as I do the word mango dripping from my tongue’ I recited. She
only got huffy when I asked her if she liked what I’d written. She paused,
sensed it wasn’t mine, called it inauthentic, fraudulent, ersatz, plagiarized.
'Well, Christ,’ I snarled, ‘damn a man for trying to be romantic.’ ‘Words,
if one is in love, flow like water down a brook’ she said. Always sounded
like some book. She left me a week later, claimed I didn’t know who I was
'cause I copied poems.” A man, sitting on the other side of the shop keeper
at the counter, chuckles then pauses, thinking it an odd conclusion. The
friend just grins uneasily and blows calmly on his coffee, hoping to forget
the entire affair. “Blue Horses: A Series of Events Seemingly Mundane” has
overheard enough but keeps thinking about what he’s heard & the significance
of the word mango. Has “Blue Horses: A Series of Events Seemingly Mundane”
missed the point? Some errant thing has taken root. “Blue Horses: A Series
of Events Seemingly Mundane” just sits there saying it over & over, softly
like a prayer: mango mango mango mango mango mango mango mango.

all photos by me

never no not yet
unknowing glow
spinal cargo

each her name
in my rain
and yet

downpour o
don't know
not yet

Obamarama
"The time for change has come."

what lies beneath the temple of life?
what number comes after death?


Horse Led to Slaughter
To vote down the enemy, we charged into heavy artillery fire.
Minimizing casualties, our number-one priority. Exposure
greater than ever before, even after our ports and our borders
were secured against acts of terrorism, against foreign incursions.

Trying to understand, after all these years, why search-and-rescue
teams always had to fight their way uphill and across treacherous
moats just to win hearts and minds that were not disposed to
being won. Enemy cameras watched our advance from the top

of the walls, behind the gleaming coils of razor wire, unable
to distinguish our regular troops from flesh-and-blood human
beings. The arrest of suspected fifth-columnists cheered us
for the moment, and we fought our way upward and onward,

across the pyroclastic flow, ground so hot our boots would melt,
thirty-four barefoot runners from the Seychelles, the last to fall.

I said to him (a token)
to Sheila 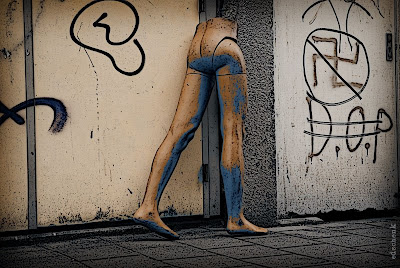 how does it feel
how does it feel to be loved?
a note written
beneath underground railroads
no reciprocation
disbelief stained eyes
lets ponder transparent emotion
i planted a tree in your memory
configuring all the possibilities
swaying back and forth
cold wasted toxic smiles
seasons passed babe
blacked out those moments concealed
a dream
an era
a question unanswered
her leaves changed color
invisible tears fell like rain
micro burst
laying awake
i felt you there
nonexistent devotion
he threw her to the vultures
she meant nothing and everything
unexplained loyalty
her o in
needles convey intense passion
blasted
let me tell you a secret
whispered
headed down around over
its all so sudden
popping pills
her truth serum
hiding behind walls shaded green
dancing with death
i was wet behind the ears
you taught me fear
i looked up
all along the answers were written on the ceiling 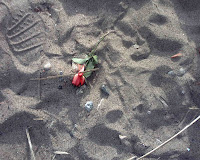 the sort of bloom, story
wick of candle lit wax 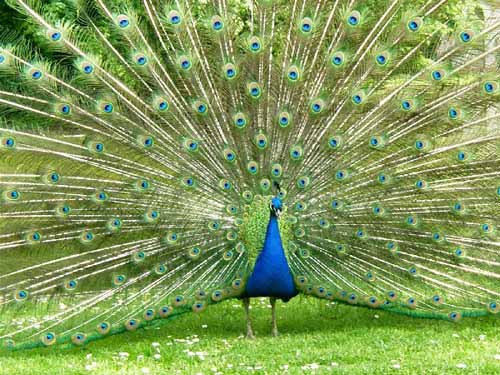 preprocessing
vowels unsaid
as of yet